The Welsh Government has announced who will operate and develop the next Wales and Borders rail franchise, as well as the proposed South Wales Metro.

KeolisAmey, a joint venture between French public transport operator Keolis, which runs services across the world, and UK infrastructure asset management specialist Amey, a subsidiary of the Spanish construction firm Ferrovial, has been selected for the 15-year franchise.

A 10-day statutory standstill period will follow from which point the Welsh Government will enter into, and complete, the formal contractual documentation and make the award. This includes further information on the South Wales Metro, a new transport network worth around £5 billion that aims to transform travel around Cardiff using trains, buses and light rail.

Announcing the franchise award on May 23, Welsh transport secretary Ken Skates said: “Throughout the procurement process we have prioritised investment in the quality of trains, stations and services for the Wales and Borders Rail Service and South Wales Metro.

“We are grateful to all those who have participated in the procurement process.”

Ken added that further details for the next franchise and the South West Metro will be shared “at the earliest possible opportunity” following the standstill period.

Keolis CEO Alistair Gordon described the new franchise as “transformative” for Wales and its borders.

He said that, while the proposed changes won’t happen overnight, the railway will be “unrecognisable” in five years thanks to the Welsh Government’s vision.

Amey CEO Andy Milner added: “We will be focused on working with Transport for Wales to transform the existing infrastructure and introduce new trains to significantly improve the passenger experience, as well as creating hundreds of new jobs and apprenticeship opportunities.”

Jeremy Long, CEO of MTR’s business in Europe, congratulated KeolisAmey on its success but said that MTR was disappointed with the decision.

He added: “MTR is very disappointed not to have been chosen to run the Wales & Borders franchise, and not to have the opportunity to bring our proven record of providing excellent passenger service, and of successfully delivering railway infrastructure, for the benefit of passengers and the wider community in Wales.”

A spokesperson for the company confirmed that it does not intend to appeal the decision. 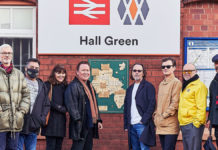 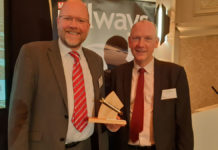 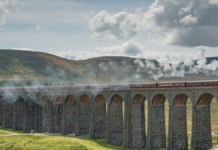