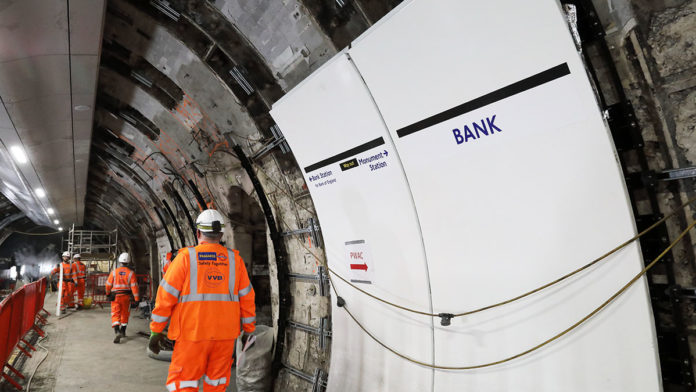 Transport for London (TfL) is updating customers this week on the huge progress that has been made at Bank station since the Bank branch of the Northern line closed between Kennington and Moorgate in mid-January to finalise work on the new tunnel and customer concourse. This phase of the major upgrade work is on schedule to finish in mid-May, with the Northern line fully reopening to customers at this point.

From this date, customers will benefit from a new, wider southbound Northern line platform, three new passageways to make moving through the station quicker and easier, and a spacious new concourse.

The upgrade of Bank station will see its capacity increased by 40 per cent when work finishes later this year, with improvements still to come including step-free access to the Northern line and improved access to the DLR platforms. There will also be more direct routes within the station and a new station entrance on Cannon Street. Improving this station at the heart of London’s financial district is critical to supporting the growth and success of the City, addressing long-standing capacity issues and making journeys through Bank safer, easier, quicker, and more comfortable when fully complete later in 2022.

Work that has been completed during the closure at the halfway mark includes:

Stuart Harvey, Chief Capital Officer at Transport for London, said: “I’d like to thank our customers for their ongoing patience while a section of the Bank branch of the Northern line is closed. We have been making great strides in the intricate and complex work that is required below ground at Bank and are on schedule to finish this phase of the work in mid-May, as originally planned. Once complete, the improvements we’re making at Bank station will be an important boost for the capital as the city continues to recover from the pandemic, giving London’s financial district a modern, accessible, easy to navigate station fit for the twenty-first century.”

The key activities that are scheduled for the second half of the closure period include installing and testing all station systems, running test trains though the new southbound tunnel, and familiarising station staff with the new layout and systems.

TfL is reminding customers to continue to check before they travel while the Bank branch of the Northern line between Kennington and Moorgate is closed, as many lines and stations across central London are busier as a result. Customers can check how busy their station is before they travel, using the TfL website’s Journey Planner or via the TfL Go app.

To further minimise the impact of the closure on journeys, customers are advised to:

TfL’s data indicates a shift to walking and cycling as a result of the closure, with a 31 per cent increase in Santander Cycle hires at key impacted cycle stations, and walking trips rising 28 per cent faster around the Bank area compared to the rest of the network. Demand for buses has also risen 20 per cent faster, on average, on impacted routes compared to the rest of the network. Customers are also reminded of the temporary bus route, the 733, which runs from Oval into the City on weekdays.

As well as the work at Bank station, essential work is also being carried out at stations including London Bridge, Borough, and Elephant & Castle while the Northern line is closed so that future disruption can be minimised. This includes work on lifts and escalators, as well as refurbishment work at Borough and enabling works for the future Elephant & Castle station upgrade. 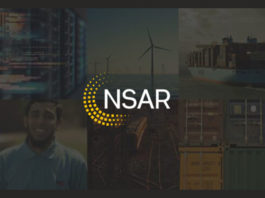 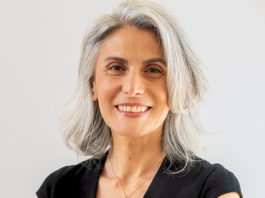 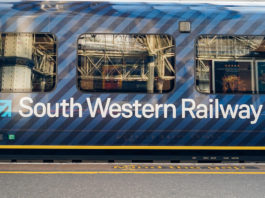