The UK’s Department for Transport has released its third ‘Rolling Stock Perception’ strategy which details the challenges of the market and what the government is doing to tackle them.

The country’s ongoing reliance on diesel power is one of the bigger issues addressed in the report.

Plans to phase out diesel power earlier this year took a serious hit when electrification proposals in Wales, the Midlands and the North were scrapped.

In the report the minister for rail, accessibility and HS2, Paul Maynard, says: “We have a responsibility to our passengers, neighbours and ourselves to protect the environment in which we live.

“Our dependency on diesel as a fuel, and the pollution associated with it, challenges us to work towards a cleaner and more sustainable future.”

While some of the network’s oldest trains – such as the Pacers – are being replaced, Paul called on those concerned with the building, ownership and operation of rolling stock to put forward ideas on alternative energy sources – including hydrogen and battery technologies – to help meet environmental targets. The department is also looking at proposals to replace or upgrade existing engines to reduce energy consumption and the production of NOx and CO2.

The report said there will be an increase in the number of bi-mode trains on the network over the coming years.

Eventually, it expects to see the diesel engines powering these replaced with electrical energy storage systems to provide power on non-electrified sections.

To further reduce carbon emissions, the department wants train owners, operators and Network Rail to exploit green initiatives to reduce the industry carbon footprint. In the document it gives the following as examples:

The department added that it will continue to support green initiatives through franchises, stating that it will consider whole-industry, whole-life benefits of these investments for franchise bids and rolling stock procurement. 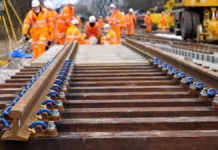 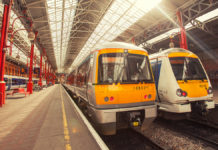