A highly adaptable intercity electric multiple unit (EMU) has been presented to exhibitors at InnoTrans.

The train has a minimum two-car formation – two connecting power cars – but it can be increased to 20, with a mixture of trailer cars and carriages, to increase and decrease capacity to meet demand.

Developer CRRC said transport capacity often conflicts with passenger flow but that, if successfully deployed, the new EMU enables trains to be formed according to the actual passenger flow of specific lines.

A spokesperson added: “Most of the EMUs currently in operation are in fixed formation.

“The formation of the EMU can be changed as required. It can be regarded as the ‘transformer’ in high-speed EMUs.” 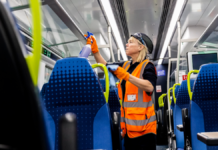 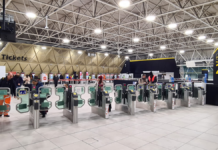