Stadler and Siemens have presented the first new “half train” for Berlin’s S-Bahn at InnoTrans.

The four-car trains, with their familiar yellow and red livery, will enter service in 2021 on Berlin’s Ring/Southeast network.

The train driver’s cab has ergonomically designed controls and integrated display screens, and provides the driver with a better view of the stretch ahead.

Significantly for passengers, the trains feature air conditioning for the first time.

S-Bahn CEO Peter Buchner said: “Our anticipation is growing with every step that brings the train closer to its passenger service.

“We can now share this anticipation with the Berlin and Brandenburg public when it finally gets to see the new S-Bahn firsthand this week.”

The pre-series production, comprising five four-car half trains and five two-car quarter trains, is to be delivered in 2020 and enter service on Line S8 beginning in January 2021. The remaining 96 trains will be delivered by the end of 2023 and serve passengers on the Ringbahn and on Lines S45, S46 and S47.

The train will also be available for the public to see during InnoTrans’ open days between September 22-23. 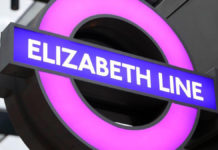 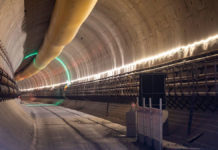 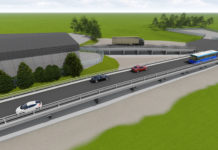 Flood resilience scheme at Hele gets the green light