On September 26, 2017, Siemens and Alstom confirmed they had signed a memorandum of understanding to combine Siemens’ mobility division with Alstom’s transport business, forming Siemens Alstom.

Following the announcement, the two companies held a joint press conference to address the world’s media and explain why the two rail giants are combining, future plans and what’s next.

Here’s a selection of the bigger issues that were addressed by Siemens CEO Joe Kaeser and Alstom CEO Henri Poupart-Lafarge in the aftermath of the announcement:

Why are the two companies merging?

Poupart-Lafarge: “I had the opportunity to tell you in the past a number of times that… there was a need for the consolidation of the industry and, at the same time, I was telling you that there was no [need for a] do-or-die type of merger, no emergency to do anything because Alstom in itself was enjoying a great dynamism, a great momentum in a growing market. We are not in a market that is shrinking.

“When we came to this opportunity of creating this new global leader, the opportunity had to be seized. When we did the internal review, we looked what was the best fit for Alstom; Siemens was first by far. It’s a review we did internally within the management and board of Alstom, everyone was in agreement that this combination with Siemens Mobility was the perfect match.

“There are two main trends on our market: the globalisation of our market, which means that the market is not only in Europe or the US, it is more and more in all countries in the world, which creates lots of opportunities for us but at the same time creates a number of new competitors such as Chinese, Japanese, Korean, all sorts of new competitors. This requires lots of investment to be everywhere on all continents.

The second trend is digitisation of our market. As we know the challenge of infrastructure in most cities in the world is enormous and to tackle this challenge, of course we need to have new rolling stock, metros, trains but we also need to optimise the way the systems are managed. And to optimise the way the systems are managed you need digital technologies. Signalling is a traditional one but also traffic management, both for the railways and the cities as well.  These are the two basic ideas behind our market. Explaining why the match between Siemens and Alstom is a perfect one. We are reinforcing, accelerating the globalisation of the company and at the same time we are enriching our digital technology by Siemens Mobility itself and also by the global group of Siemens which, as you know, is extremely powerful in global digital technology.”

What does the transaction mean for Europe?

Kaeser: “The French-German merger of equals… contains also a political message, we are putting the European idea to work… The merger will strengthen Europe’s innovation ecosystem and its technological leadership. It will provide well paid jobs with a future in Europe and it will boost the competitiveness of Europe’s rail industry far beyond where we are today.”

What is Siemens Alstom’s vision?

Kaeser: “Our vision of the future in Siemens as a company [is] where each business is as good or better than the best competitor. A company where each business benefits from the global Siemens brand and its global footprint, and a company that utilises its expertise in world-class platforms in automation and digital enterprise, to build a lasting, trusted partnership wth our customers. That is exactly what we are going to extend also to the new Siemens Alstom mobility company.”

Is this deal a response to CRRC’s growth?

Poupart-Lafarge: “First of all, of course CRRC, the new Chinese competitor, is extremely strong and has changed a little bit the picture of the market. At the same time you have other competitors and this company aims at being a global leader of all the market regardless of whether the competitor is Japanese, Chinese or coming from different places. What matters in this industry is customer proximity and innovation, and this is exactly what this merger will bring. This is clearly something on both sides where we are advanced as compared to some of our competitors, in particular to the one being quoted, CRRC. Yes, it is an answer, but no of course we are not going to stand idol doing nothing, we need to continue to progress, we need to continue to innovate, we need to continue to invest…. It’s one answer, it’s not the final answer; there is a lot of work to come.

Why was the deal seemingly concluded so quickly?

Poupart-Lafarge: “This is the one which cannot be missed. This is the one that both companies dreamt about during long periods. It is as if a classical wedding ceremony, people have turned around each other without daring to approach each other but the day they approach each other the electricity comes and the match arrives. The transaction itself has been so fast because the ground was there already and the basic analysis and understanding that this was a deal to be done…”

How was the company name chosen?

Poupart-Lafarge: “By lack of creativity, we are going to call the company Siemens Alstom, if you have other ideas we can take some.”

Is there a risk that anti-trust authorities will stop the deal going ahead?

Poupart-Lafarge: “We have looked at the file extremely thoroughly, the answer is that yes it is a large and complex file and therefore it will take some time to study it with the different authorities around the world, particularly the European Commission, but we believe there is no fundamental risk otherwise we would not be here.”

Will Siemens Alstom merge with Bombardier in the future?

Kaeser: “When I was young and I tried to run really hard, I said ‘Why do I need to learn walking if I’d rather start running?’ and my parents said ‘Why don’t you start walking because if you can’t walk you can’t run.’ Lets start the walking first and then see what else is out there.”

Poupart-Lafarge: “We are celebrating our wedding and you are talking about the babies… I don’t think that we will enter into any kind of discussion the day after tomorrow.”

What next for the new company?

Kaeser: “This is a great moment, but it is only the beginning because it is nothing yet other than an announcement. Now we need to – as we say in Germany – put the potato in the fork. We need to go make it work and make it work together.”

Answers have been edited for clarity. 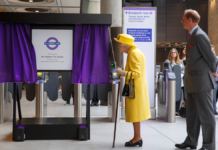 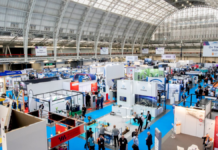 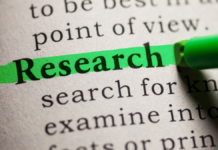