Arriva, Stagecoach and First Trenitalia have been shortlisted for the new East Midlands rail franchise.

In 2015, the end date of the current franchise agreement with Stagecoach was extended from October 18 that year to March 2018. This deadline has now been extended again by up to a year.

A formal Invitation to Tender (ITT) is due to be published in the next few months.

Steve Montgomery, First Rail managing director, explained why the company was partnering with Trenitalia on the bid.

“Both ourselves and Trenitalia have extensive expertise of running commuter, regional and long distance services such as those that make up the East Midlands franchise.

“We have a strong track record in delivering continued modernisation and investment, alongside industry partners, through our rail operating companies Great Western Railway, TransPennine Express and Rail Operator of the Year, Hull Trains.

“Trenitalia’s knowledge will add further depth and understanding as we develop our proposals to deliver passenger benefits that take full advantage of the significant investment that government and the industry are making in the region’s rail infrastructure.” 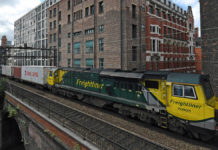 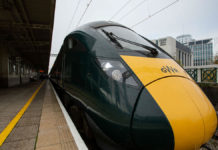