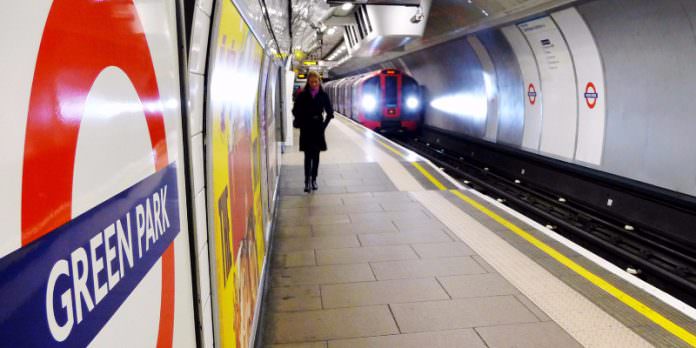 ‘The Heart of Russia’ was launched at Baker Street station as part of a partnership between the Moscow Metro and the Tube, teaching passengers about each country in the field of science and education.

Moscow’s deputy mayor Maxim Liksutov said the project will show that the UK and Russia have many things in common.

He added: “The train will have seven carriages, each carriage concentrating on a separate subject, including ballet, graphic arts, literature, cinema, architecture, space exploration and science.

“We hope that the Tube’s passengers will like the Heart of Russia project, and that it will allow everyone to get to know the our country’s history and culture better.”

The train will run for three months on the Circle, Hammersmith & City and District line.

Russia and the UK have jointly declared 2017 as the Year of Science and Education, which this project is a part of.

London Underground launched ‘The Heart of Russia’ on October 25. The Moscow Metro is to launch a themed train on UK science and education before the end of 2017.