A prototype overhead line structure (OLS) designed to be quick to install, easy to maintain and more attractive to look at has been unveiled by its creators, Mott MacDonald and Moxon Architects.

The design is 25 per cent shorter than traditional OLS systems and the two companies say they have been able to reduce the “visual clutter” associated with conventional OLE systems.

One of the most interesting features of the design is its cantilever arm, which is made from a densified wood laminate, allowing conductors and supply cables to be fixed directly onto the structural arm without the need for ceramic insulating pots.

Presented at InnoTrans 2018, the prototype design is still patent pending.

Development began in 2014 when the design was a finalist of the Future Railway competition. It finished ahead of more than 60 similar schemes from 14 countries.

Ben Addy, director at Moxon, said: “Railway catenary systems can have an enormous effect on the appearance of high-speed and conventional railway lines as they pass through the landscape.

“Our integrated OLS substantially reduces the visual impact of these systems, allowing them to sit more harmoniously within their environment.

“However, at a time when efficiency and service performance of our railways is under huge public scrutiny, it is important the strength of our design goes far beyond aesthetics.

“Our system features complete interoperability with existing OLS systems, ensuring ease of installation and no need for additional engineer training. Similarly, by significantly reducing the number of components, we have reduced the routine maintenance time needed for
each unit.

“These immediate and long-term efficiencies and cost-savings make our integrated OLS a commercially compelling alternative to other systems currently available.”

ORR launches consultation on the future model for the Rail Ombudsman 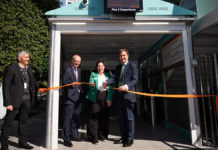 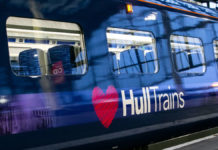 Travel in confidence with Hull Trains

ORR launches consultation on the future model for the Rail Ombudsman

Travel in confidence with Hull Trains