MTR is to begin a phased programme to double the capacity on its Ma On Shan Line from early 2017 by converting its four-car trains to eight-car units.

The first two eight-car trains will go into service early next year, with the remaining 13 trains to be extended over the following 12 months.

Although eight-car services won’t begin until 2017, the longer trains will start running on the line this month as they begin a three-month period of dynamic testing.

Services on the West Rail Line are also currently being converted from seven to eight-car trains in preparation of the completion of the East West Corridor in 2019.

MTR is in the process of connecting several existing lines to create a single network known as the Shatin to Central Link (SCL), which will consist of a North South Corridor and an East West Corridor.

To construct the East West Corridor, the Ma On Shan Line (MOL) is being extended between the line’s current terminus at Tai Wai station to Hung Hom. The extension will feed into the West Rail Line, allowing services to operate east-west from Wu Kai Sha to Tuen Mun.

In September, MTR celebrated the final breakthrough on the 11-kilometre tunnel that will link Tai Wai and Hung Hom.

Nelson Ng, head of operating – North and East Regions of MTR Corporation, said: “Apart from having a more spacious travelling environment, the 8-car MOL trains are also equipped with dynamic route maps and gangway displays which provide more information for passengers during their journeys. When the conversion programme is completed, the overall carrying capacity on the MOL will be doubled.”

MTR has reassured passengers that extra staff and new signage will be employed to help with boarding the longer trains when they begin going into operation. 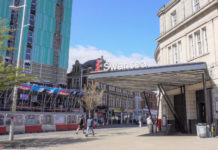 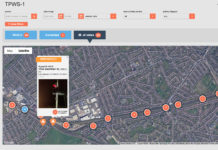