The board of Boston’s public transport operator, MBTA, has agreed an order for 120 additional Red Line cars – a decision which will result in the complete renewal of the Red Line fleet.

Chinese manufacturer CRRC is currently building a factory in Springfield, Massachusetts, having won a contract in 2015 to supply 284 new cars for Boston’s Orange and Red lines.

Of these, 132 will replace the oldest trains in the Red Line fleet. The plan had been to then overhaul the remaining 84 cars. However, MBTA said would be more cost effective to buy new trains instead.

The $277 million contract includes the 120 new cars plus an option for up to 14 additional units.

MBTA’s chief operating officer, Jeff Gonneville, said in a statement: “The MBTA will have 120 new cars good for 30 years instead of getting no more than 10 years of extra life out of a fleet of 84 cars that are already nearly 25 years old.

“The new cars will cost $310,000 less per car than overhauling the old cars currently in use…”

The site in Springfield is due to open in September 2017. Production of the new trains will begin in April 2018 and the extended order means manufacturing will continue on site until at least 2023. 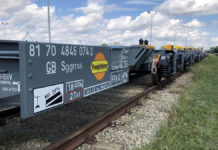 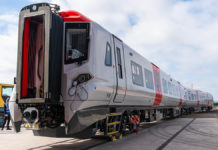