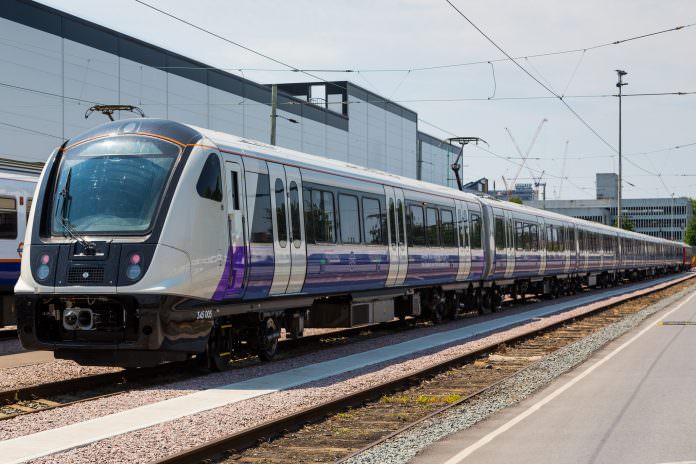 The first train built for London’s Elizabeth line has gone into passenger service on the capital’s rail network.

It is the first of 66 Class 345 EMUs being built by Bombardier in Derby for the Elizabeth line, which is being opened in stages up to 2019.

Transport for London (TfL) has said 11 of the new trains, including 345 005, will be put into passenger service on the TfL Rail route between Liverpool Street and Shenfield by the autumn.

The new fleet will begin operating through the Elizabeth line’s central core when the tunnels open in December 2018.

Each of the trains are currently 160 metres long and consist of seven cars, but there are plans to extend them to nine cars in the future.

The Mayor of London, Sadiq Khan, said: “I’m delighted that our first state-of-the-art Elizabeth line train has entered service on the TfL Rail service. It gives Londoners a first look at a new service that will transform travel across London and the south east when the line opens.

“The Crossrail programme remains on time and on budget, and the huge success of this project shows how vital it is for the whole of the country that we also push ahead with Crossrail 2.”

Joe Bednall, Bombardier’s project director, said: “It gives me great pride that the team at Bombardier has been involved from the design stage to the building and testing of a train as technically advanced as this, within record timescales.

“It is a truly magnificent achievement for UK engineering, our world class manufacturing and assembly facility in Derby as well as our supply chain.”

The Elizabeth line is the operating name of the Crossrail railway project, which is now 85 per cent complete. 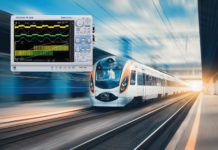 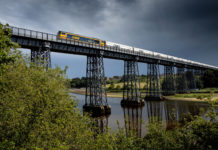 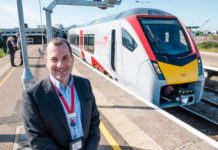