Eurostar has officially launched its new e320 trains ahead of their introduction on the London to Brussels route later this week.

Designed by Italian firm Pininfarina and manufactured by Siemens, the e320 is based on the Velaro family of trains and boasts 20 per cent more capacity than the original Eurostar trains.

In total 17 new electric-powered trains will be introduced to the high-speed rail service over an 18 month period from May 28.

The e320 – which are interoperable and can operate on the European high-speed network beyond the UK, France and Belgium – have been operating on the London to Paris route since November 2015 and will be used on Eurostar’s soon-to-be launched direct service to Amsterdam and Rotterdam.

The new trains are part of a wider £1 billion investment programme from Eurostar to upgrades its stations, fleet and service. 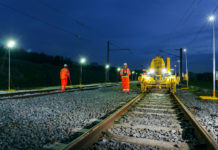 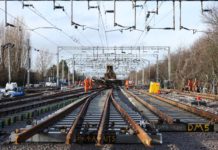