Stagecoach has announced that Alstom is to become part of its bid for the new Southeastern franchise.

The move, which is subject to approval by the Department for Transport (DfT), will make Alstom a 20 per cent shareholder in the new train operating company.

The announcement was made on the same day that Transport Secretary Chris Grayling confirmed that Virgin Trains East Coast (VTEC), which is 90 per cent owned by Stagecoach, was to lose its contract to operate services on the East Coast main line.

Despite the problems on the East Coast, Stagecoach won’t be banned from future franchise competitions. On the same day, a subsidiary of Stagecoach was announced on the shortlist for the new East Midlands franchise and its West Coast franchise was extended until 2020.

Stagecoach chief executive Martin Griffiths said: ”Our proposal for a collaboration with Alstom to bid for the South Eastern rail franchise aims to combine Alstom’s knowledge of infrastructure and rolling stock, with our operational expertise and customer service focus.

“The proposed arrangement supports our vision of delivering a more integrated and innovative rail service for the customers and local communities who depend on what is one of the busiest rail networks in the UK.”

Nick Crossfield, managing director, Alstom UK & Ireland, said: “We know Stagecoach well from our work together on the fantastic Pendolino fleet on the West Coast route. Now, we have the opportunity to form an even closer partnership with this unique bid for the South Eastern franchise.

“It’s the first time two companies like ours have joined up like this, and together, we can offer a better service to passengers and communities along the route.” 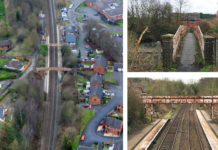 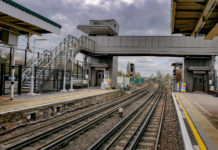 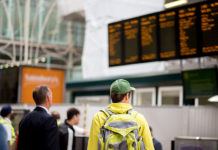