Provided by the European Investment Bank (EIB), the loan agreement is the first tranche of a €1.03 billion financing deal to help Spain complete its Y Vasca high-speed network – the system that connects up Vitoria, Bilbao and San Sebastián.

Specifically the loan will pay for 160km of new high-speed rail line between Vitoria, Bilbao and San Sebastián, as well as new access routes to the stations.

Adif Alta Velocidad will also adapt the current line between San Sebastián and the French border to accommodate high-speed services.

Once complete, the line will support line speeds of 250 km/h and reduce the travel time between Madrid and San Sebastián/Bilbao from five hours to around three and a half hours.

Loans totalling €1.4 billion awarded by EIB in 2012 and 2013 have already helped finance the project, which forms part of the Trans-European Transport Network’s (TEN-T) Atlantic Corridor. 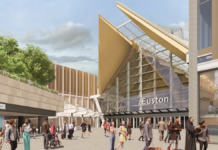 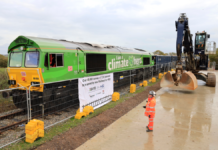